One of the most interesting sessions that I attended on the first day of Oracle OpenWorld 2017 was, as the title of this post suggests, the introduction to the oBot platform. It’s true that businesses are foaming at the mouth in excitement, anticipating the costs they can cut from next leap “forward”, namely the AI revolution –  which according to various sources will replace all the other channels to become the most common interaction for consumers on the internet, and intelligent bots are part of this “revolution”.

The work that Oracle has done is immensely impressive, since they have really created a process agnostic platform and associated mechanics to let designers build bots without worrying about how it is all working together. Think of it as a set of tools to :

Thus you create a Bot and use it across multiple channels. Critical to a successfully deployed Bot is of course the testing, and the demonstrated testing harness was quite impressive. It also appears that a lot of work has been done to innovate in this space. Whilst most of the demonstrations were clearly early versions, the basic components of the platform appeared to be in place. Some of the mechanics and editing tools were actually part of the Oracle Mobile Cloud service and development tools

Naturally enough this is potentially a really interesting intersect between my two worlds : CX and OPA. There are some fascinating avenues in there. Early days but watch this space. Hopefully there will be the option to test this out on the free trials on the Oracle Cloud. 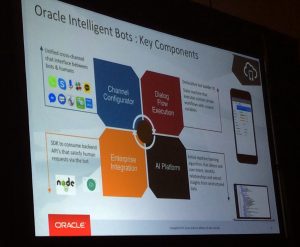 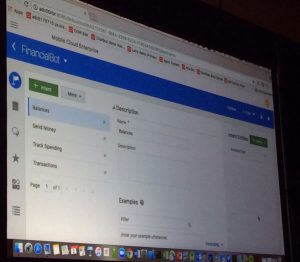 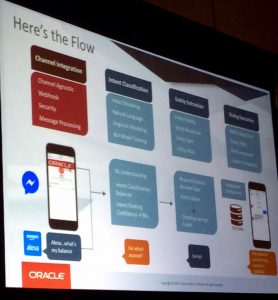 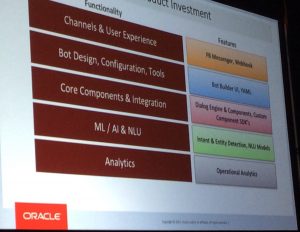 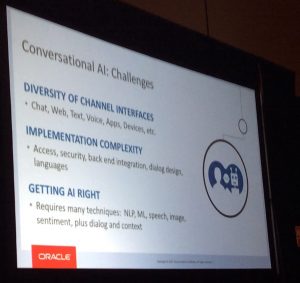 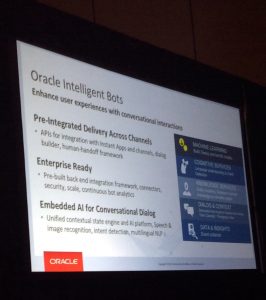