It does not take long to compare the advantages of this Siebel and Oracle Policy Automation integration method :

It doesn’t really matter if you are not a Siebel person, this opens up a lot of great possibilities. Here are some of the basic steps 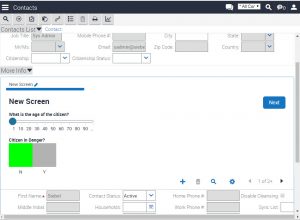 No IFRAME, no HTML files. Just the magic of the new Extension API. It’s breathed new life into Siebel and Oracle Policy Automation.