Here at the OPA Hub Website we always like to think that we are able to listen to our readers. Recently, one of the growing population of developers being asked to implement extensions came to us with a series of questions about a Label Extension.

And it became clear that a video was probably the most efficient way to address these queries. To be honest the OPA Hub Website finds that Video is over-used today in learning. I’ve nearly 30 years as an educator and consultant, I find it frustrating that education is constantly the target of cost-cutting and it means that even really large software providers think they can get away with selling poorly recorded slides with a soundtrack and call this a “learning program”. It’s definitely not a program, it’s an excuse.

Living in Europe and having worked in the States and elsewhere, I know how difficult it is to solve the equation of large distances, different languages and multiple timezones. But I still believe that face to face training is the best answer.

And I feel that although many other benefits exist for video training – immediacy, repeatability and accessibility – sometimes I find that companies push video or recorded training as another way to save money, while still expecting the same level of recall and interest from the students.

In a way, I see it also in the Covid phenomenon – how much video we have been consuming and how many of my colleagues have reached saturation point but are expected to be watching and doing video 7 or 8 hours a day. Of course I get that this is a necessity – but no allowance is made for just how hard it is to watch or deliver. Employers love the productivity it generates.

So this is why, the OPA Hub Website tries to keep the videos, where possible, to a maximum of 45 minutes at a time. Our Online Learning Program is based on that concept.

Anyway, enough mindless chatter : Here is a video introducing the concept of a Label Extension for Interviews, using the Intelligent Advisor Extensions API. The video talks about the basics, and shows lots of examples. We’ve got a few more videos in the pipeline, so watch this space. 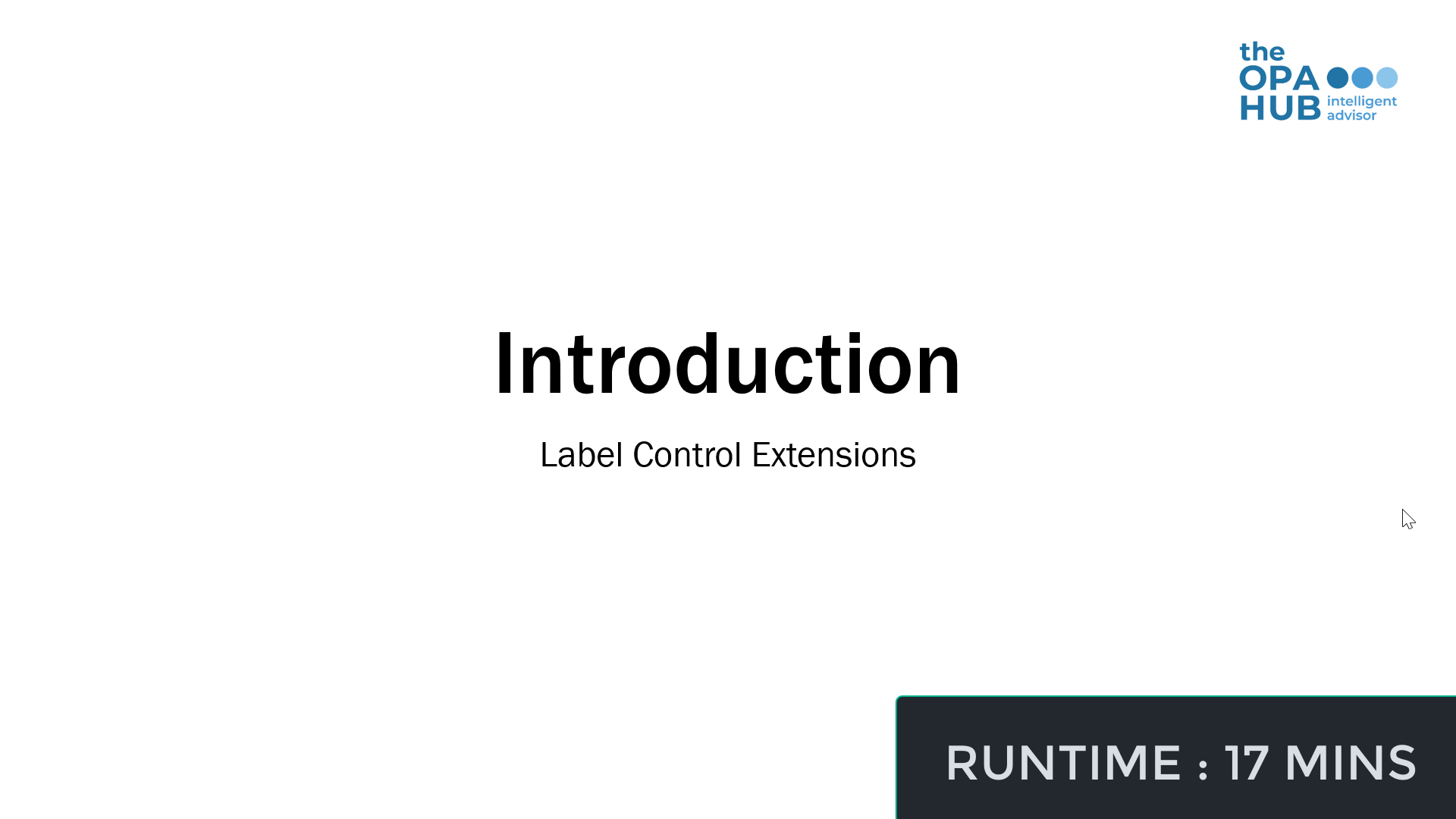 If you want to watch the video in a new window on Youtube (yes, for once this is on Youtube) then just click the image below: